The Alabama Federation of Republican Women will host a special Campaign School on Friday, October 16, 2015 as part of their Biennial Convention.

Geared for managers and activists, in this program you will learn how to write and implement a winning campaign plan utilizing targeting, micro-targeting, earned media strategies, research, voter contact plans, grassroots development, and social media.

Leading this workshop will be Holly Robichaud. She specializes in campaign strategy, earned media, direct mail, voter contact programs, and fundraising.  As a fund-raiser Holly has set records for statewide, Congressional and local campaigns, and Political Action Committees.

Holly’s campaign efforts have received national recognition.  In 1998, she was selected as a “Rising Star” by Campaigns & Elections magazine.  In 2010 she received a prestigious Reed Award from Campaigns & Elections for innovative designs of campaign literature and a Pollie Award from the American Association of Political Consultants.  She has also been named to Aristotle’s National Republican Dream Team.  For her 2012 campaign efforts, she received another three Pollie Awards which are the Oscars of the political world.

AFRW was well represented at the 2015 NFRW
Biennial Convention in Phoenix, Arizona!

DR WANG DANCED TO SAVE HIS LIFE PG1

DR WANG DANCED TO SAVE HIS LIFE PG 2

Every Child Achieves Act: A Wolf in Sheep’s Clothing

Ask Republicans to wait until President Obama leaves office and pass a bill that rejects, not codifies, this President’s federalization of education.
US Senate leadership promised to write a bill to reauthorize No Child Left Behind (NCLB) that Obama wouldn’t veto. Unfortunately, on July 7th the Every Child Achieves Act (ECAA) moves to the Senate floor to be heard with Obama’s blessing. We need to STOP it!Republican leadership caved to Obama’s demands and agreed to language which expands, not reduces, the influence of the federal government over schools.   S.1177 is one of the largest piece of federal education legislation in over a decade and will last for at least 6 years.21 talking points from American Principles in Action here include the following:
The contents of this email was sent out by Eagle Forum of Alabama. I have added the following.
I also sent an email with similar information in it.  A couple of points I would like to add are: 1.  the need for the law, whenever it is re-written, to contain an OPT-IN provision to these standardized tests and 2. removal of the 21st Century Community Learning Centers  as defined in this bill for it is set up to  provide federal grants to schools to make the school the hub of the community, i.e. offering health and mental  centers and numerous other types of social services for the student and the family. I see this as the school taking over much of the role of the family.
Remember this bill has gone without reauthorization since it expired in 2008–WHY THE RUSH !!!!  We need to wait until we have a Republican administration in the White House.
I have listed below  the url page that contains the names of the members of the U.S. Senate Health, Education, Labor and Pensions,HELP, Committee
If you scroll to the bottom of this page, it lists the Republican and Democratic membership.  Click on the name; it will take you to their homepage which has their contact information at the top.  If you know them or know someone who has influence with them, please ask them to also make contact.
http://www.help.senate.gov/
.
A final note,  this law is 792 pages in length.  No bill needs to be of such length and language that the majority of the citizenry cannot read, comprehend or follow it, especially a bill that will determine what / how our children are taught and represents billions upon billions of our tax dollars.  Remember they represent WE THE PEOPLE !!
Sincerely,
Donna Burrage 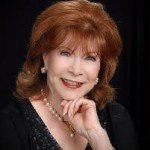 From AFRW President Frances Taylor:
It is with great sadness that I share the passing of our friend and past AFRW President Elois Zeanah. She left her earthly time with us last night with her beloved husband and family by her side.

What if Hillary Clinton Doesn’t Run in 2016?

Information on Amendments on the Nov. 6 Ballot

GREAT NEWS!  The Senate Joint Resolution against Common Core standards, adopted by the State School Board, just passed!  That Resolution was pigeonholed with the intent of not being heard or voted on.  YOUR CALLS/EMAILS shook it loose from Committee and got it to the Senate floor.  Senators listened and approved it!  THANK YOU!! As RWEA Club President Patty Cobb reminded me today, “The Penalty for not participating in government is to be governed by your inferiors”  (Plato).  I’m so proud of all of you for participating in your government to, as our AFRW mission states, “foster good government”!  ~ Elois

National Federation of Republican Women to Obama, “Give it Back!”

VOTES BY THE SENATE JOB CREATION AND ECONOMIC DEVELOPMENT COMMITTEE